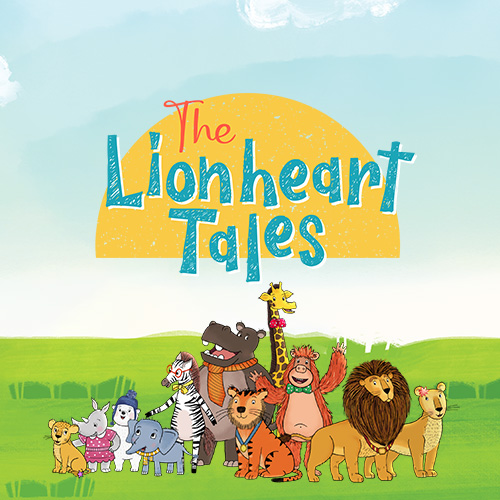 Manuscript launched its Lionheart Collection in 2019, with a range of arts and craft products for children aged three to 10 years old, specially designed to support development, learn new skills and offer additional benefits, such as pen control, concentration and mindfulness for young learners.

Following the success of the range, the company has now decided to bring The Lionheart Collection to life with a series of animations about the characters which is aimed at children aged three to five years old, as well as extend the product range. The Lionheart Tales animations will feature on YouTube, and include Arthur, the Mayor of Lionheart Town and his friends, who will each have a heartfelt message to help children develop.

The first episode, called â€˜Tummy Flutter-Byesâ€™ is now available to view and to coincide with the launch, Manuscript Pen Company will be supporting childrenâ€™s mental health charity Place2Be and non-for-profit global reforestation organisation, Creating Tomorrowâ€™s Forests by donating a percentage of sales from its Lionheart Tales website towards their charitable efforts.

Manuscript will be sharing a series of short, easily digestible mental health and wellbeing blogs with tips and advice from Place2Be, using The Lionheart Talesâ€™ characters to encourage mental wellness with young audiences early, particularly as children across the UK are struggling, as a result of the Covid-19 pandemic. Manuscript Pen Company has also donated Â£1000 of products to Place2Beâ€™s Art Room, where art is utilised to enhance children and young peopleâ€™s wellbeing.

Charlie Stockbridge, managing director at Manuscript Pen Company, said: â€˜Our Lionheart Collection has continued to prove popular with parents and children alike, so we are delighted to build upon this success and launch our new The Lionheart Tales animation by working in conjunction with creative storytellers, 3Megos.

â€˜It was really vital for us that we created a fun and engaging animation series which positively promotes diversity and inclusivity, and introduces children to different family types and personal characteristics that they may be able to identify with. We hope children love The Lionheart Tales as much as we do and there will be plenty to keep them occupied as our website is going to have lots of activities and learning opportunities too.

â€˜Weâ€™re thrilled to have established strong relationships with both larger retailers and smaller outlets since the launch of our Lionheart Collection in 2019, and with new products now available to coincide with the launch of The Lionheart Tales, we look forward to speaking with any additional stockists who may be interested in the range.â€

For further information on The Lionheart Tales, visit: thelionhearttales.com