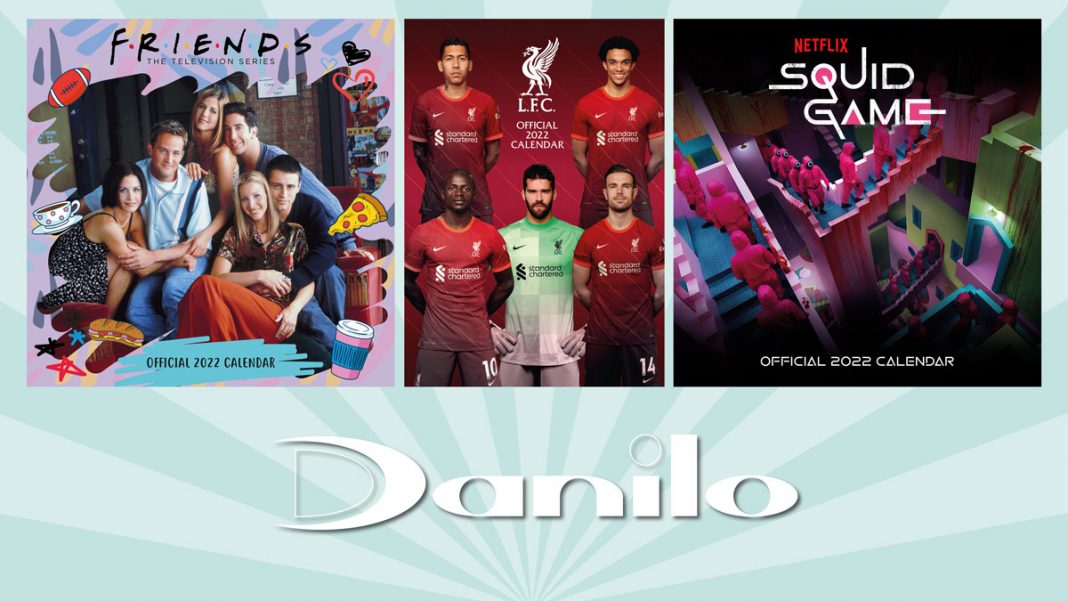 Danilo Promotions has announced the top 10 bestselling licensed calendars for 2022, with sporting calendars taking the two top slots. Liverpool Football Club remains in first place for the third year running. And the unexpected arrival of Cristiano Ronaldo has helped to push the Manchester Utd calendar into the runners-up spot.

Thanks to winning Artist of the Year at the AMAâ€™s (American Music Awards), popular South Korean boy band BTS is a new entry at number 6.

As many of us have entertained ourselves at home in 2021, TV and gaming titles have risen up the rankings. Popular calendars of TV programmes making the top 10 are Friends (3), BBC Earth Landscapes (new entry at number 9) and Netflixâ€™s Squid Game sits just outside the top 10 at number 11.

Minecraft (5) and PokÃ©mon (7) are both new entries for 2022, as gaming became increasingly popular behind bedroom doors and kids played against their friends.

Despite Sir Cliff Richard saying he would never do another topless shot, his calendar is as popular now as itâ€™s ever been and remains near the top of the charts at number 4.  The official Kelly Brook calendar, a personally curated selection of her favourite shots for 2022, stays at number 10.

The popularity of the long-standing Star Wars franchise, including The Mandalorian on Disney+, kept the official licensed calendars in the top 10, at number 8, proving that Chewbacca, Luke Skywalker and R2-D2 have aged well, despite now being 45 years old.

The full top ten (with last yearâ€™s position in brackets) is:

Danilo Promotions is on track to sell more than 3 million calendars by Christmas.