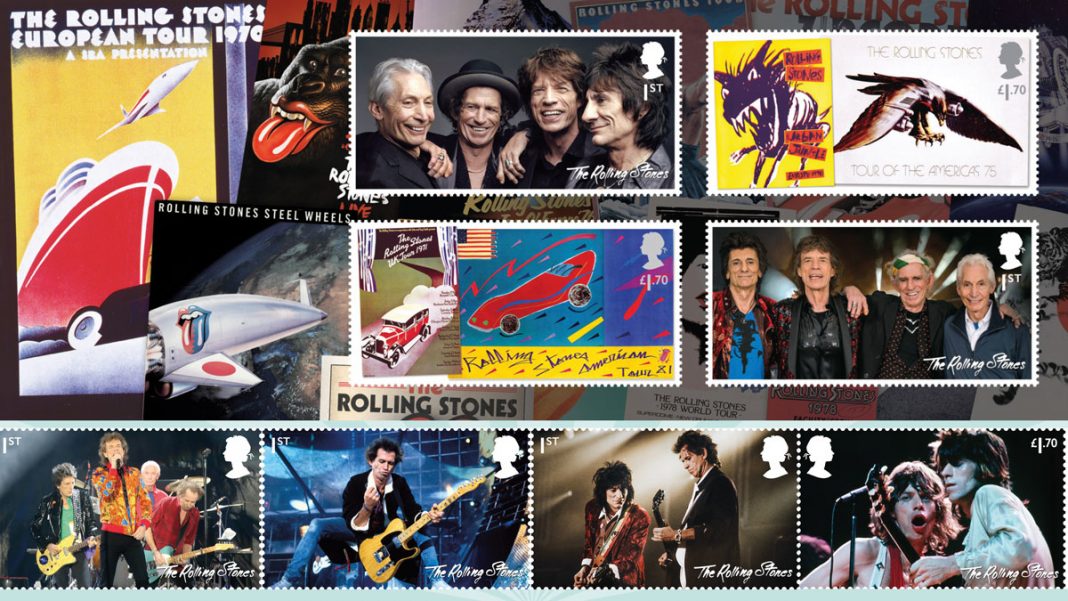 The main set of eight stamps features images of the band performing at venues all around the world at various points during their illustrious career, including Londonâ€™s Hyde Park in July 1969, Tokyo in August, 1995, New York in July 1972 and Knebworth, Herts in 2017.

An additional four stamps, presented in a Miniature Sheet, feature two shots of the band together and two of the many posters which have promoted their worldwide tours over the years.

Celebrating their 60th anniversary in 2022, the Rolling Stones are only the fourth music group to have a dedicated Royal Mail stamp issue â€“ following on from The Beatles in 2007, Pink Floyd in 2016 and Queen in 2020.

In 2005, the Rolling Stones were awarded the accolade of greatest touring band of all time at the World Music Awards. They have sold an estimated 250m records and in the UK have eight no.1 singles and 13 no.1 albums. Their countless awards include four Grammys, three MTV Music Awards and nine NME Awards. They were inducted into the Rock and Roll Hall of Fame in 1989.

David Gold, director of public affairs & policy, Royal Mail, said: â€œFew bands in the history of rock have managed to carve out a career as rich and expansive as that of the Rolling Stones. They have created some of modern musicâ€™s most iconic and inspirational albums, with ground-breaking live performances to match.â€

The collaboration was brought together and facilitated by Bravado, Universal Music Groupâ€™s leading brand management and lifestyle division. The stamps are available to pre-order at www.royalmail.com/rollingstones and by phone on 03457 641 641. They go on general sale on 20 January