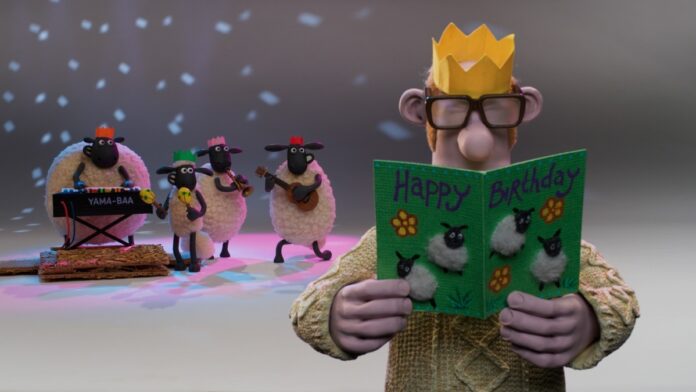 Royal Mail has launched a video that enables recipients of mail featuring a barcoded stamp to receive birthday wishes from Shaun the Sheep and his friends.

Royal Mail has launched a video that enables recipients of mail featuring a barcoded stamp to receive birthday wishes from Shaun the Sheep and his friends.

To choose and view the video, both the sender and recipient will have to download the Royal Mail App. The sender can select the ‘Happy Birthday’ video for the recipient to watch just by scanning the stamp barcode.

The video was created exclusively for Royal Mail by the multi-award-winning British animation studio, Aardman and is the third in a series released by Royal Mail, with more to follow during the year.

The Happy Birthday video sees Shaun and the flock create mischief behind the Farmer’s back, by sending him a card that he mistakenly thinks is musical.

Barcoded stamps have a digital twin and the two are connected by the Royal Mail App. The barcodes match the stamp colour and sit alongside the main body of the stamp, separated by a simulated perforation line.

Definitive stamps are the regular ‘everyday’ stamps featuring the profile of HM The Queen created by the sculptor Arnold Machin. The design has changed very little since it was introduced in June 1967. The image has become one of the most iconic pieces of artwork in the world and has been reproduced in excess of 220 billion times.

The ‘Swap Out’ scheme opened on 31 March 2022. Customers will be able send unused stamps via  a Freepost address. Forms are available via a variety of channels, including local Customer Service Points, the Royal Mail website and the Customer Experience team. For more information, customers should visit www.royalmail.com/barcodedstamps