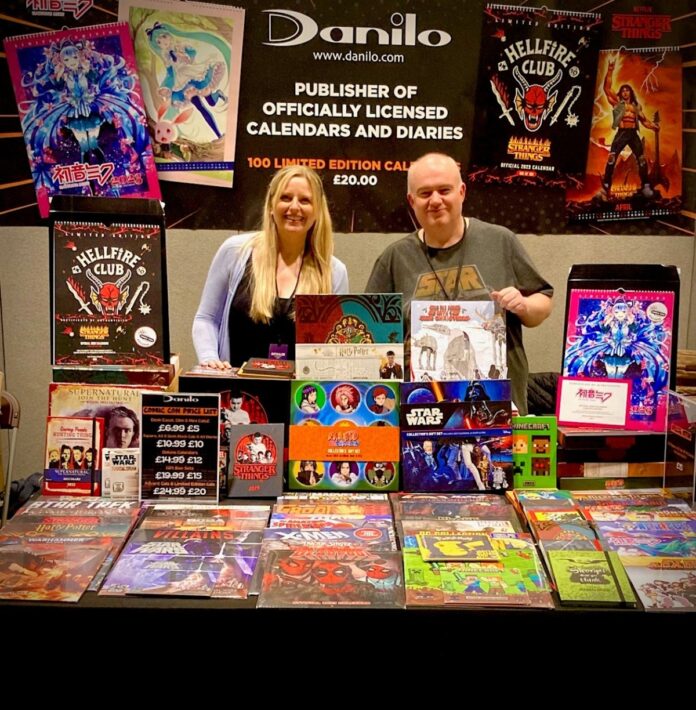 Last weekend, Danilo ventured into the wonderfully colourful world of Comic Con for the first time at London ExCel.

As part of the company’s ongoing new product development programme, and its business objective of meeting the demands of new consumers, Danilo took the opportunity to sell exclusive products as well as identify trends in the market and research areas for development.

Produced exclusively for the show, Danilo launched two limited edition calendars for Hatsune Miku and Stranger Things. Each calendar was individually numbered from 1 to 100 with a letter of authenticity and presented in a special envelope.

A selection of its most appropriate licences were also on display, including square and deluxe calendars, gift box sets, blocks and diaries.

The company said there was a hugely positive reaction to the Danilo stand with the limited-edition calendars, gift box sets, the advent calendars, anime and gaming calendars as well as Stranger Things, Supernatural and Star Wars performing particularly well. It is also running an online competition for fans to win a limited edition calendar and extra goodies, and the entries are already coming in.

“This has been a really good step in a positive direction for the business,” said Dan Grant, licensing director at Danilo. “After the feedback we received, I am certain we will broaden our offering and be even more successful on our next Comic Con adventure.’’