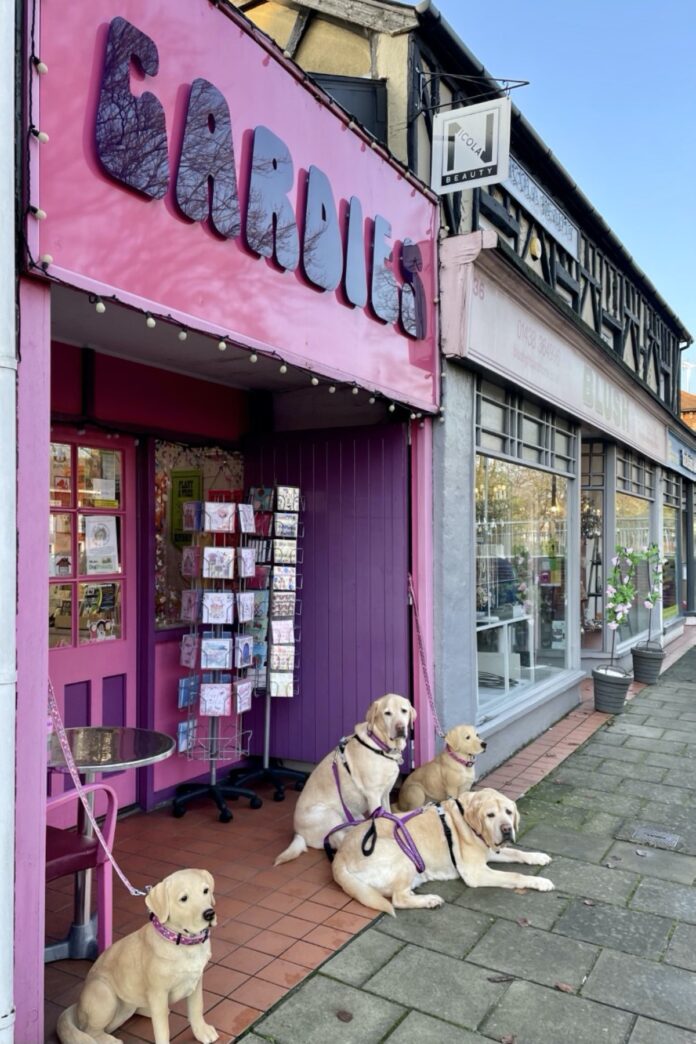 Greeting card shops are obviously doing something right when it comes to looking after their dog-owning customers. Two out of three of the finalists in the shops category of the Dog Friendly Awards are card retailers.

Both Austin & Co of Malvern, and Cardies in Stevenage, Herts, have made the final, with winners to be announced in early December.

Jo Sorrell, at Cardies, told Greetings Today: ”I think we have been nominated for the most dog-friendly shop in the UK quite simply because we are totally dog crazy. We have had a Labrador Meeter and Greeter in Cardies from the first day that we opened way back in November 1988. It’s dogs first, cards second. We have always welcomed dogs along with their well-behaved humans.

”Over the years we have enjoyed helping various dog charities including Labrador Rescue South East and Central, Guide Dogs and recently AMA dog Rescue helping the pets of Ukraine.

”We have been lucky enough to have been owned by 15 Labradors – all of them rescues –  except for our very first Labrador, Poppy who we had from a puppy until she was 16 years. So yes, we are a little dog crazy!’’